What is PMI and Why Should I Avoid It?

When you’re making the big commitment of purchasing a house, we know that you’re thinking about the number of rooms, if any renovations need to be made, and what the neighborhood looks like. However, as we mentioned in a previous blog post, one of the biggest mistakes that many first-time homebuyers make is not thinking about what they can actually afford before beginning their house hunt. This may seem like a no-brainer to some families, but if you start seeing the letters “PMI” pop up, you may want to take a closer look at what they mean.

What is a PMI?

PMI stands for Private Mortgage Insurance, and what that really means is that if you’re unable to put down at least 20% in a down payment on your new home, then a fee (i.e. PMI) will be added to your monthly mortgage payments.

This fee is basically “protecting” the lender in the event that you (the borrower) wouldn’t be able to pay your mortgage. PMI is also required when refinancing a home with less than 20% equity. There are other options—such as taking out two mortgages—that may help you get out of the 20% rule, but that depends on the bank, your credit score/history, and the cost of the house.

Simply put: PMI mortgage is insurance for the lender that you (the borrower/new homeowner) have to pay if you can’t afford to put down at least 20% in a down payment.

Why Should I Avoid It?

If you have more questions about PMI mortgages or understand them and want to start your house hunting, then give Maureen Bryant a call!

Get your free relocation kit here! 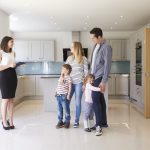 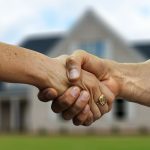 Should You Use a Property Management Company?

Owning a home is a keystone of wealth… both financial affluence and emotional security.